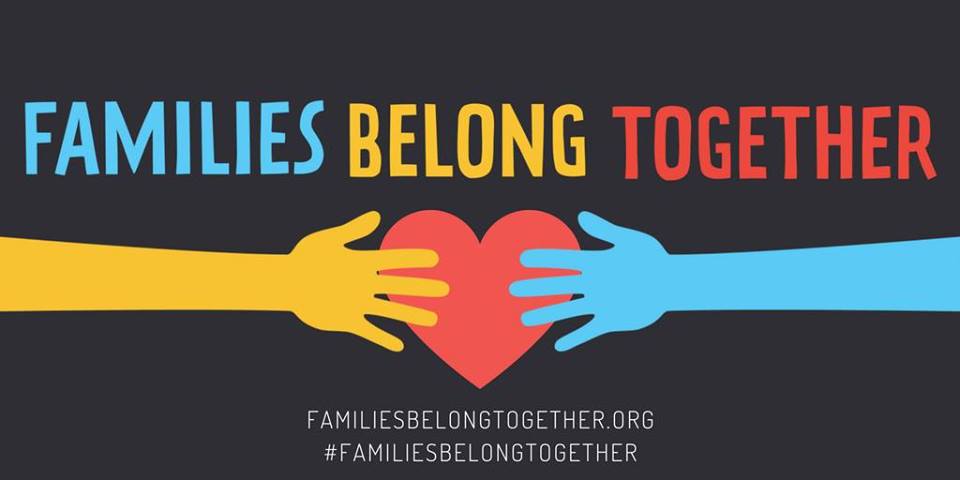 Contact SHunter-Smith@crln.org by June 20th to sign on! See copy of letter to Senator Durbin below. An identical letter will be sent to Senator Duckworth.

We write to you as leaders of Christian, Jewish and Muslim congregations and Organizations in the Greater Chicago area to ask that you personally contact Immigration and Customs Enforcement (ICE) to request a stay of deportation and release on order of supervision for Yesica Jovel (A-208276158). Her family, who have a pending case for asylum, is sponsored by Lake Street Church in Evanston. Yesica’s situation concerns us greatly for the following reasons:

1) First and foremost, as people of faith, we are grounded in our religious practices of welcoming the immigrant and the stranger. Our scriptures enjoin us to have the same laws governing immigrants that we have governing ourselves, to treat others as we would like to be treated ourselves, to treat others as fellow children of the one God. We find ourselves living in a time and a place when immigration policy and enforcement practices are most egregiously counter to these tenets of our faith.

2) In Yesica’s case, we are alarmed that although her entire family had been threatened with death by MS-13 in El Salvador after gang members killed Yesica’s father, only Yesica’s mother and two brothers were allowed to come to Evanston to apply for asylum, while Yesica was separated from her family at the border and
coerced by Immigration and Customs Enforcement (ICE) to agree to deportation. This strikes us as an unfair application of the law as it pertains to asylum seekers; ICE took advantage of Yesica’s youth and inexperience to frighten her into agreeing to deportation, which is at the root of all that happened next. Our faith, in contrast, calls us to be particularly attentive to and protective of the most vulnerable among us.

3) In El Salvador, she went to live with relatives and was sexually abused by an uncle. She moved in with other relatives, but he kept hunting her down. MS-13 also learned that she was back in El Salvador and began persecuting her again. Finally, in desperation for her life, she fled again to the U.S., hoping to be reunited with her family. She was detained after crossing the border in Texas and has remained in detention for two years, despite the best efforts of Lake Street Church members and her lawyer to have her released. We believe she had no choice but to leave her
country given the threats against her life; given the trauma she experienced, she needs the comfort and care of her family to heal. Nevertheless, ICE and the courts in Texas, so far, have only focused on the fact that she crossed the border twice, instead
of questioning ICE’s separation of the family. Her lawyer is still appealing that ruling.

4)As a survivor of sexual assault, persecution, torture and the murder of her father, and as a lesbian,Yesica is a member of several protected social groups under international asylum law. We believe that Attorney General Sessions’ announcement last week removing membership in several of these social group categories as valid considerations for asylum puts the U.S. at odds with international law, with U.S. asylum case law since the 1990’s, and certainly goes against our religious mandate to care for the welfare of all God’s children. We hope that you and others in the Senate will challenge Attorney General Sessions’ new ruling on who qualifies for asylum.

We strongly support Lake Street Church’s efforts to advocate for a stay of deportation and release from detention for Yesica Jovel. We appeal to you to use the power of your office to personally contact ICE officials on behalf of her release so that the suffering of this young woman can end.

Pingback: how to take dapoxetine

Pingback: how to buy cialis without a prescription

Pingback: over the counter stromectol for sale

Pingback: can you buy viagra otc in canada