The Guatemala Human Rights Commission had its annual August delegation centered in the pivotal role of Guatemalan women in human rights defense. The delegation “Defensoras: Guatemalan Women Defending Land, Justice and Human Rights” took place in diverse locations in Guatemala from July 30th to August 7th, 2016. CRLN’s staff member, Marisa Leon Gomez, joined other women working and advocating for human rights in the United States and Latin America to learn and share with their Guatemalan counterparts. The delegation started in Guatemala City with visits to different organizations, then traveled to Nebaj, in the Quiche Department to meet with women from the Mayan Ixil community, returned to Guatemala City, and finished with a visit to the communities of San Jose del Golfo and San Pedro Ayampuc, who are in a peaceful resistance against a U.S. mining company. The first visit of the delegation was to the permanent exhibit, ¿Por qué estamos como estamos? (Why are we like we are?), for the delegates to gain background on the situation of racism, discrimination, inequality and violence currently afflicting Guatemalan society. 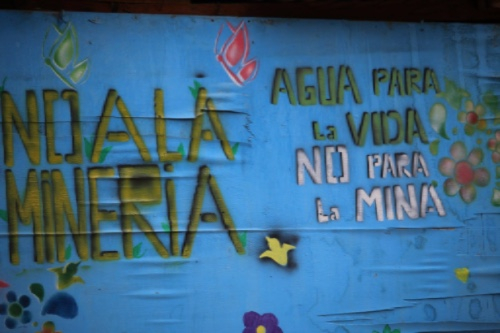 La Puya Resistance is a peaceful resistance from the communities of San Jose del Golfo and San Pedro Ayampuc against the U.S owned gold-mining company Kappes, Cassidy & Associates. CRLN has been a longtime supporter of La Puya Resistance, which has been organizing against the mine and in defense of their water for four and a half years now. In 2012, Miriam Pixtun Monroy, an Indigenous Mayan leader of the resistance, attended and was publicly introduced at CRLN’s annual Luncheon and spoke briefly about the resistance after the main speaker had finished. CRLN’s board member Martha Pierce’s annual delegation to Guatemala has visited La Puya each year since the resistance began. The GHRC’s delegates met with Miriam in Guatemala City and also later traveled to the communities to personally see the resistance. Members of the resistance, updated the delegation and explained the struggles they encounter as they keep peacefully resisting the mine’s presence in their community: 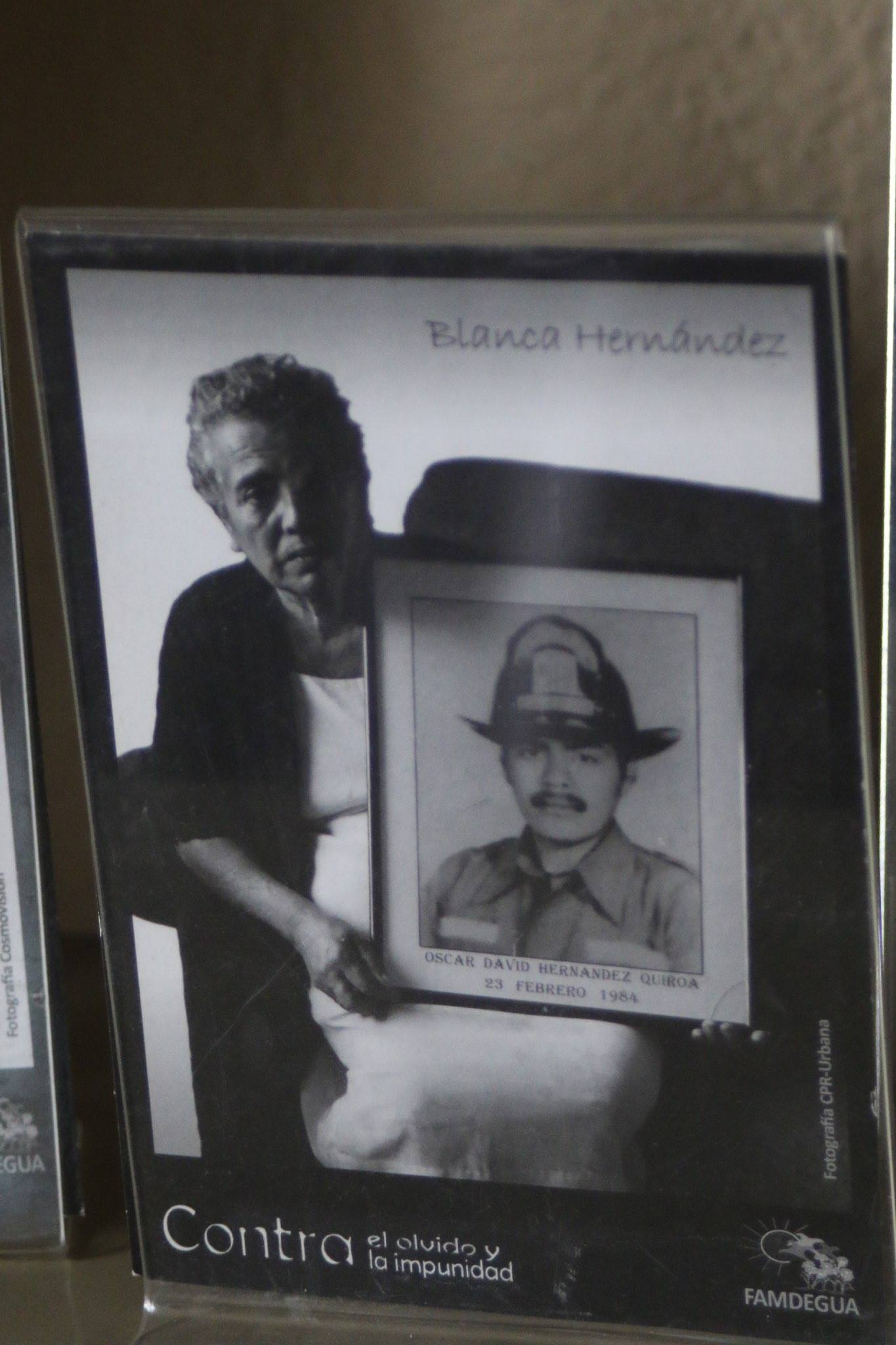 The CICIG, Corruption and the Guatemalan Public Ministry

Human rights and social justice organizations value the work of the United Nation’s International Commission Against Impunity in Guatemala (CICIG for its Spanish acronym). Many of the human rights defenders during the delegation said that Guatemala’s record on human rights and violence would be considerably worse were it not for the CICIG’s work. Nonetheless, many organizations with which the delegation met said that the CICIG is failing to work with Indigenous and women’s movements and organizations in Guatemala. The Network of No Violence Against Women (REDNOVI) expressed that the CICIG has not benefited the prevention of violence against women. The representative of REDNOVI stated that they hoped the CICIG will start an investigation of parallel structures that prevent processes of prevention of violence against women to move forward. Similarly, members of the La Puya resistance hoped that the CIGIG could help with their case. As stated before, U.S. mining company Kappes, Cassidy & Associates has operated illegally in Guatemala, and members of the resistance have been unjustly criminalized.

Additionally, the Public Ministry of Guatemala has had a prominent role in the cases of corrupt high ranking officials. The current Attorney General, Thelma Aldana, carried out investigations that proved the former president Otto Perez Molina’s and former Vice-President Roxana Baldetti’s involvement in a corruption gambit within the country’s Customs Office. Previous attorney general, Claudia Paz y Paz, was a catalyst to make the Guatemalan justice system function, with her most known accomplishment being the successful conviction of Military General and former President Efrain Rios Montt on genocide and crimes against humanity charges. Despite the sentence against Rios Montt being overturned days later by the Constitutional Court, Paz y Paz defied the status quo in Guatemala and opened the doors of justice after they had been shut down for years.

Rampant corruption remains a great concern in Guatemalan society, both in the government and by the Guatemalan elite. Low taxes and/or tax evasion by the Guatemalan wealthy take a huge toll on the country. Iduvina Hernandez, from SEDEM, explained to the delegation that the upper 6% income bracket in the country avoid paying taxes and that the rest who do pay, meaning the working and lower classes, get their taxes stolen by government officials. Impunity rates in Guatemala range around 90% for corruption and tax evasion. Also, the Guatemalan government defends in every way possible the economic interests of elites and foreign investment. All of this robs the state of funds, making it hard for the country’s vulnerable situation to improve.

Current views on the Jimmy Morales Administration and the Military 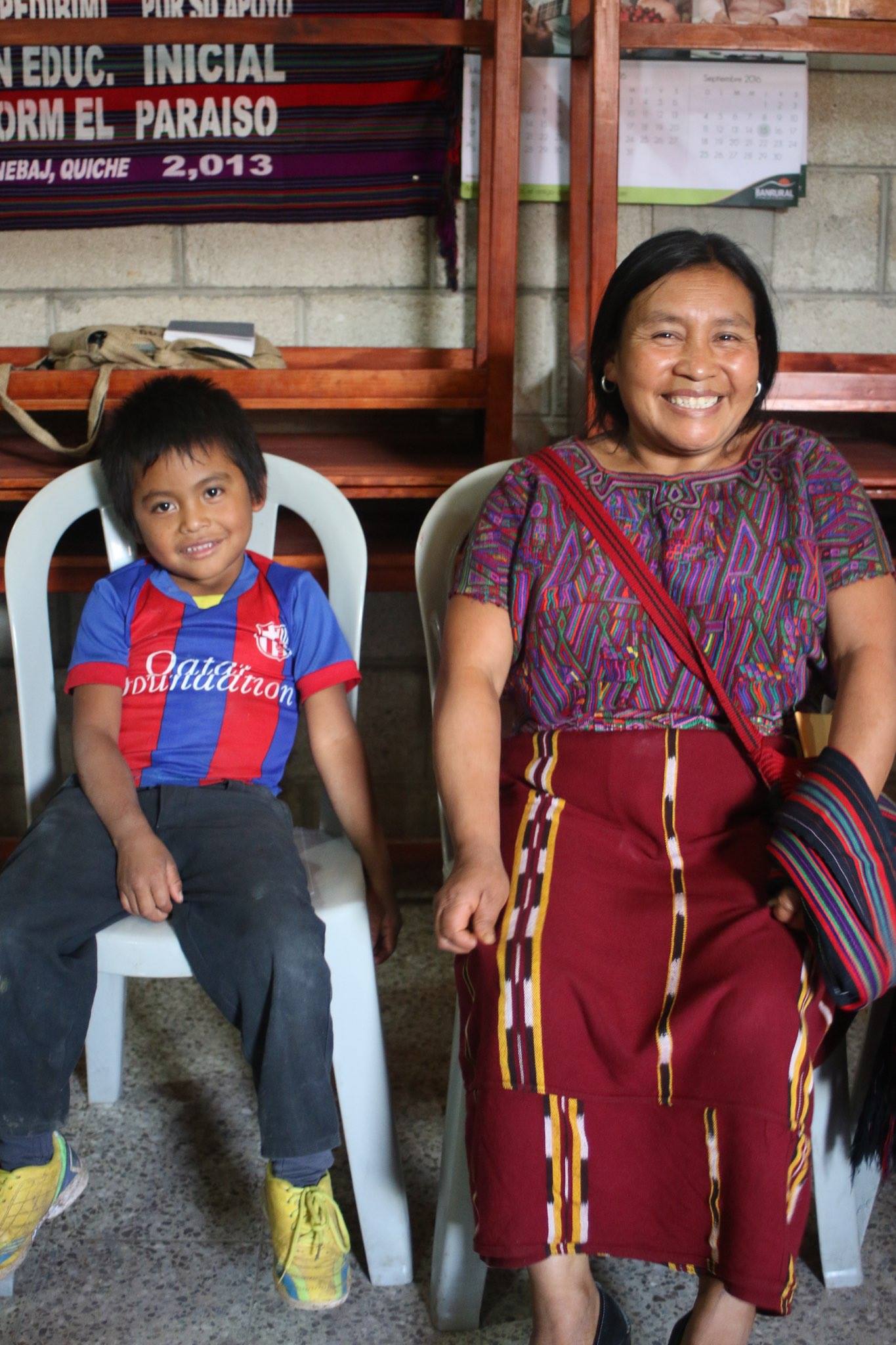 Despite a lot of progress being made in areas of impunity and corruption, with the arrest of the former President and Vice-President, the new government of Jimmy Morales is far from ideal. President Morales has been linked to and has defended the military that was involved in the internal armed conflict and in human right violations. Morales has claimed neighbor Belize as Guatemalan, has included xenophobic and racist messages as part of his comedy routines, and even denied the genocide of the Mayan Ixil community.

CRLN, along with many other organizations, are dubious of the proposed Alliance for Prosperity Plan, granting around $750 million for the Northern Triangle countries: Honduras, Guatemala, and El Salvador. Mainly, human rights organizations are skeptical about the following three issues: a) the plan fosters foreign investment in the three countries, which can result in situations such as the one in La Puya, b) a huge part of the money goes to military and security initiatives, despite proven human rights violations by the military and the correlation of high levels of violence with the presence of the military in the streets, c) the money goes to corrupt governments, which have terrible records on upholding human rights. Additionally, the plan is seen as an effort to halt immigration to the United States through militarization and detention of immigrants before they get to the U.S. The delegates met with a representative of the U.S. embassy in Guatemala and found that the U.S. still has confidence in the Guatemalan military, stating that, “the military of the present is different”. The delegation had a discussion with the U.S. embassy representative about points of concern regarding human right issues in Guatemala.

The first organizational meeting was with FAMDEGUA (Guatemalan Families of the Disappeared) which was founded by relatives, mostly mothers and wives, of the disappeared from the internal armed conflict. 45,000 people were forcibly disappeared during Guatemala’s armed conflict. FAMDEGUA plays a crucial role in exhumations of clandestine cemeteries and victims’ reparations, as well as accompanying war crimes cases such as the Dos Erres
massacre. Despite death threats and vandalism of their offices, of 107 exhumations done, 1276 remains have been recovered.

Next was a meeting with SEDEM (Security in Democracy). Guatemala being an extremely dangerous country for human rights defenders, SEDEM works on risk assessment and self-protection measures for defenders. SEDEM works as well with military and police reform from a human rights perspective and on declassifying information of human rights violations during the internal armed conflict.

The next meetings took place in Nebaj, in the department of El Quiche, where there was a genocide of the Mayan Ixil people.  Community Studies and Psycho-social Action Team (ECAP) is an organization that works on psycho-social factors with individuals and communities who suffered 30 years of internal armed conflict. This includes working and providing psycho-social support to women and indigenous communities who are now witnesses for genocide trials and/or sexual violence during the armed conflict.

Following, the delegation met with Maguey Flower Association and the Center for Human Rights Legal Action, CALDH. The meeting with the Maguey Flower Association was probably the most touching for the delegation, as the Association consists of a group of Mayan women survivors of the genocide in the Quiche region. The delegation heard the testimony of each woman in the Mayan Ixil language, then translated to Spanish and later to English. The women spoke of different traumas, including suffering sexual violence, enduring the forced disappearance of family members, witnessing the killings of family members, and testifying in the Rios Montt genocide case. They formed a support network in their communities and helped each other heal through the sharing of their stories, pain and search for justice. CALDH is a group that supports groups like Maguey Flower Association, by providing pysco-social accompaniment and helping to fight for truth and justice.

Finally, in Nebaj, the delegates met with La Red de Mujeres Ixiles (Association of Ixil Women) which is a network of 364 women that works to support victims of present-day violence against women and to empower each other.

Back in Guatemala City, the last organizational visit was with Network of No Violence Against Women , REDNOVI,which works to prevent, act and eliminate all forms of violence and oppression against women. They work on laws, public policy and specific mechanisms for the defense and empowerment of women. The Network is formed by different organizations that work on different areas in the defense of women’s rights.