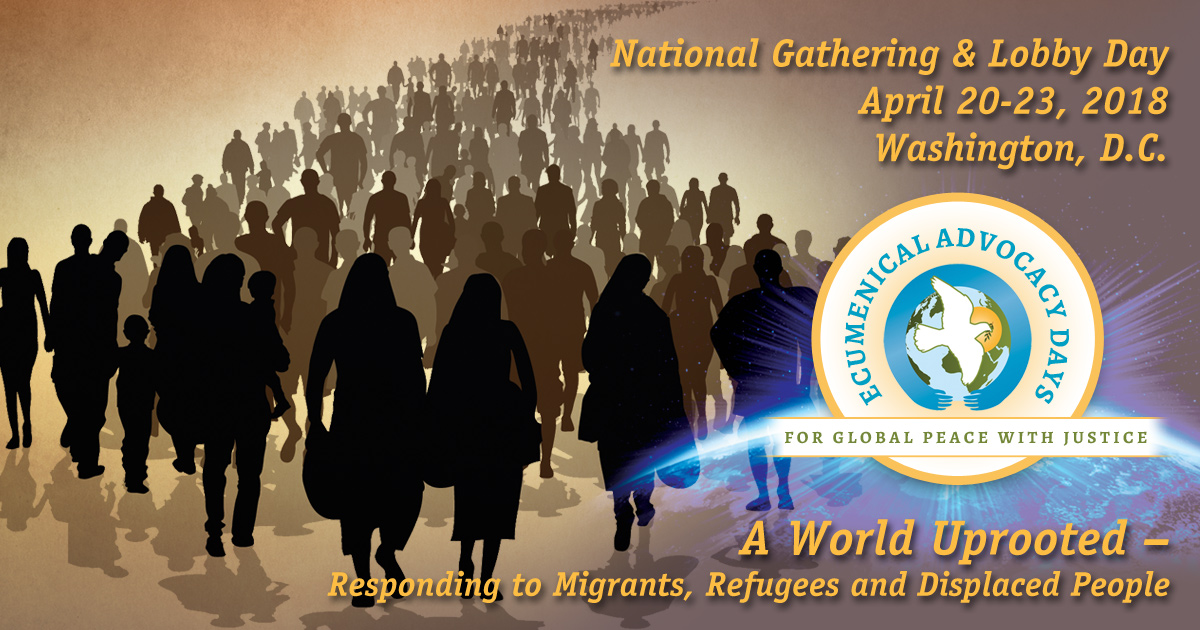 11 CRLN staff, board and members will travel to DC April 20-23 for Ecumenical Advocacy Days and advocate for legislation that would improve the lives of immigrants. You can help us by giving your permission by Tuesday, April 17 to sign your name onto letters we will deliver to members of Congress or call your Representatives to support the following:

At a very high level, the federal budget for FY18 provides big increases in funding for both ICE and CBP. It provides $14.018 billion for Customs and Border Protection (CBP), $1.831 billion more than last year. It also provides $7.076 billion for Immigration and Customs Enforcement (ICE), $641 million more than last year. $370 million of this increase is for “Custody Operations”, the account that funds immigrant detention.

ICE has a lot of discretion over how those extra $370 million will be used. This means there’s little to guarantee that number of people held in immigrant detention won’t increase. Given this, and given that we’ve been raising concerns since last fall that ICE would use claims of increased per diem costs to get more money to fund expansion, we remain gravely concerned about the risk of large scale expansion despite the negotiated ADP numbers.

Although the appropriator added new language requiring ICE to submit weekly reports about the number of people it is holding in detention, we will be asking members of Congress to aggressively intervene if/when ICE begins using its funding to expand detention.

If your Representative or Senator voted against the bill (for the right reasons, of course), we will make sure to thank them. If they voted for the bill, especially if they had previously joined a DefundHate letter or otherwise expressed support for cutting funds, we hope to hold them accountable for their vote. We ask that members of Congress continue to push publicly for significant funding cuts to Immigration and Customs Enforcement (ICE) and Customs and Border Patrol (CBP) in the federal budget for FY19.

Op-Ed – ‘We need a federal budget that values families, not one that destroys them’

Op-Ed – ‘These federal program incentivize policing. Why did Congress fund them?’