May 2017 Human Rights Updates in Honduras 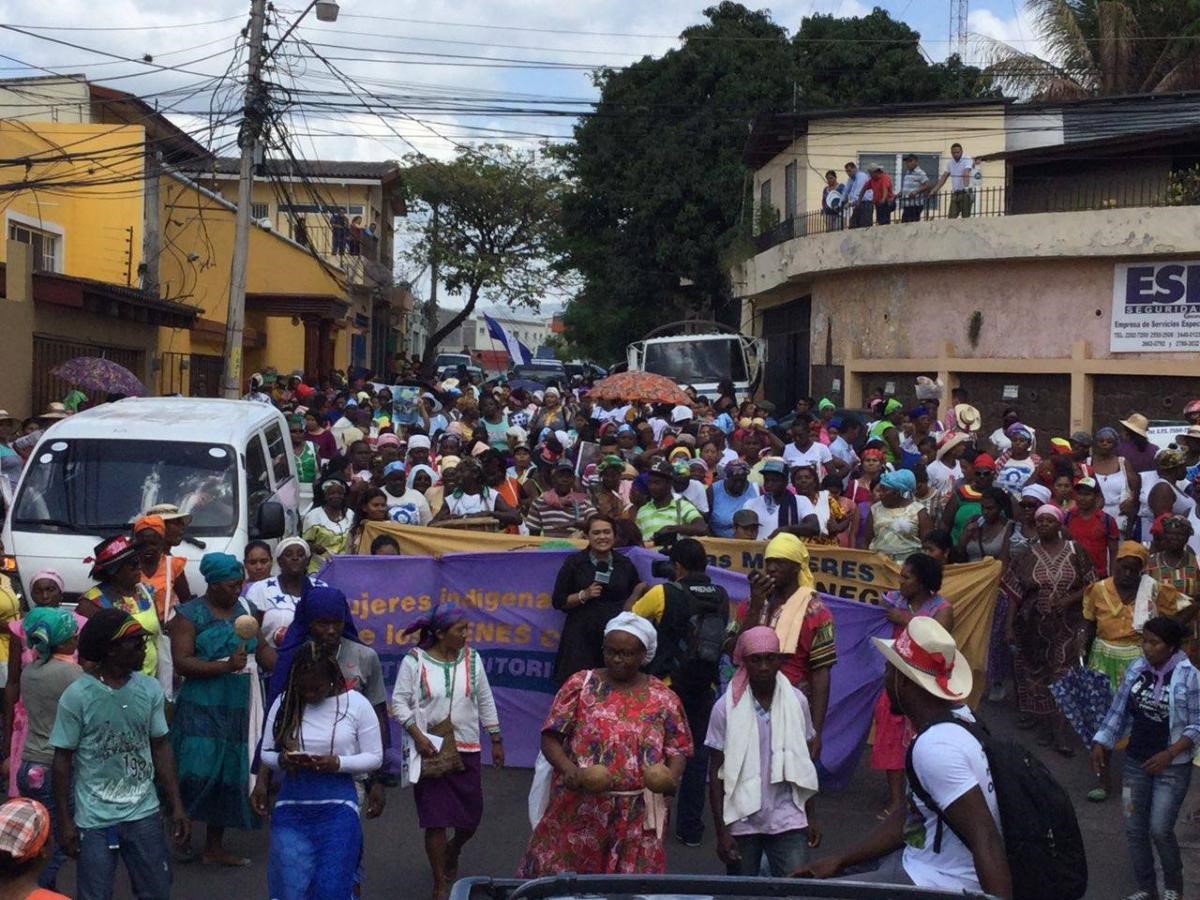 May 2017 Human Rights Updates in Honduras

In March of 2017, Global Witness published a report that named Honduras as the most dangerous country in the world for human rights and environmental defenders. This caused commotion in the Honduran government and media, especially because of the involvement of government officials with transnational corporations and development projects. A few days later, two CRLN staff members and one board member traveled to Honduras in a La Voz de los de Abajo delegation. They joined many international visitors, organizations and other delegations in the country for commemoration events on the first anniversary of Berta Cáceres’ death. Our delegation saw and talked first hand with human rights defenders, leaders of indigenous communities, laborers, campesinxs, opposition members and students who explained the perils of defending their rights in Honduras. The following report reflects the demands and dangers described in the Global Witness Report and heard by our delegation in March from directed affected communities. In Honduras, like in all of Latin America, being a environmental and human rights defender is a great danger.

OFRANEH representative and Garifuna leader, Cesar Geovany Bernárdez, was detained on May 18th and charged with usurpation or illegal possession of land by Canadian businessman Patrick Forseth of CARIVIDA.

Cesar Geovany Bernárdez was accused of usurping land that is within the community title granted to the Garifuna community of Guadalupe. The La Voz de los de Abajo delegation met with Cesar and other Garifuna leaders in the Barra Vieja area. The Garifuna leaders talked to the delegation about how they have been fighting against illegal land sales of their communities to American and Canadian development projects. Their community has been surrounded by private guards, militaries and fences. CARIVIDA Villas, a Canadian tourism and housing development project,  is illegally possessing Garifuna land and obtained the land property papers, as well Geovany’s capture orders through corruption and abuse of authority with the help of the Honduran government. Geovany was released the next day; however, he was given medidas substantivas, which means his freedom is restricted. He has to sign in frequently before a judge in Trujillo and is not allowed to leave the country, among other restrictions. OFRANEH released a statement that concluded:“Once again we ratify and denounce that the Garífuna communities of Trujillo Bay, affected by the tourist and resident projects of the Canadian mafia, were never consulted to obtain their free, prior and informed consent; and hence violating ILO Convention 169”.

Also, the criminalization of campesinxs continues in the southern region of Honduras. Defensores en Línea report that the campesino and fisherman, Julio César Canales Torres was arrested on May 14th for usurpation of land.

On May 17th, the legal team representing Berta Cáceres and her family denounced in front of the Public Ministry in Tegucigalpa the  irregular way in which the investigation of her assassination and judicial process are being carried out. The family’s legal team has been repeatedly denied access to information on the case. For instance, there was a hearing for Berta’s case on May 24th; however, the legal team representing her family had to request for a second time to postpone it, as the necessary information for the hearing was not made available in time to the lawyers.  The hearing is now scheduled for June 7th.

The delegation met with Berta Cáceres’ daughter and COPINH, who demand an independent investigationof her assassination and that the intellectual authors are brought to justice.

La Voz de los de Abajo reports “Between April 5-7th, 2017, U.S.-based Delta Apparel fired over 40 workers that suffer from crippling musculoskeletal injuries from their factory in Villanueva, Cortés, Honduras. Most have worked with the company for over 10 years. 25 of the 40 workers have refused to accept(move the next line up)any settlements and are demanding that Delta Apparel give them their jobs back.”

Please read here,about how you can support the 25 fired workers to get their jobs back and to demand  Delta US Apparel  to stop exposing their workers to injuries and health risk factors.

More than 2,000 Honduran campesinxs took over ten farms for 17 days belonging to the Tela Railroad Company, a successor organization of the now dissolved United Fruit Company. The campesinxs were demanding better health care and working conditions.  After 17 days of strike, the company and workers arrived at an agreement. However, as Radio Progreso reports, the health risks and dangers of working in the fields and with chemicals continues for the campesinxs.

As the 2017 elections approach, the Opposition Alliance, made of opposing political parties, including the Anti-Corruption Party (PAC) and LIBRE, chose Salvador Nasralla as the candidate to represent the opposition in the 2017 elections.

The Center for Economic and Policy Research states “A new report from the Offices of Inspector General (OIG) of the US Department of Justice (DOJ) and the US State Department finds that US Drug Enforcement Agency (DEA) agents were in operational control in a notorious incident in Ahuas, Honduras in May 2012 in which four Miskitu villagers were killed and three others severely wounded. The findings contradict previous claims by DEA officials that its agents played only a “supportive” role in the incident, that “DEA agents did not fire a single round,” and that “the conduct of DEA personnel was consistent with current DEA protocols, policies and procedures.”