Call the Capitol Switchboard (202-224-3121) today and ask to be connected to the office of your member of Congress. Demand safety for people who are doing important human rights work or reporting on matters of public interest.

The danger is serious. Journalists, as well as the director of the Guatemala Human Rights Commission/USA, have received threats and been attacked in Honduras. Foreigners documenting human rights abuses have been deported, and smear campaigns have targeted people critical of the Honduran government, even extending to Witness for Peace delegations. Some of these threats and attacks have come from members of Honduran state security forces, which the U.S. funds.

Rep. Schakowsky and Sen. Markey’s letter calls on the Trump administration to:

-communicate concern to the Government of Honduras and request that it investigate these attacks, determine if state security forces were involved, and bring the perpetrators to justice.

-direct the State Department to 1) provide Congress with a detailed assessment of the efficacy of current Honduran government efforts to protect freedom of expression, and 2) reassess its certification of human rights conditions in Honduras.

-immediately investigate threats against U.S. citizens, report the findings of the investigation to Congress, and include in the report what actions the administration has taken in response.

Call your members of Congress (both Senators and your House Representative) NOW to ask them to take action to help protect journalists, human rights defenders and international observers.

“My name is ________ and I’m a constituent calling from _________. I’m calling to ask Senator/Representative _____ to sign the Markey/Schakowsky “Dear Colleague” letter calling for immediate action to address an alarming recent pattern of threats against journalists, human rights defenders, and international human rights observers working in Honduras. The letter is just circulating for two days and is crucial to the protection of people doing the vitally important work of documenting and relating the human rights situation in Honduras to the U.S. and broader international community.

Has Senator/Representative _______ seen this letter? Can I count on him/her to sign on? Please call me at (_your phone number_) to let me know if you have seen the letter, and if Senator/Representative _____ will sign it.”  To sign on to the letter contact Aaron Weinberg with Rep. Schakowsky (Aaron.Weinberg@mail.house.gov) or Satrajit (Jitu) Sardar with Sen. Markey (Satrajit_Sardar@markey.senate.gov).“

Around 100 people gathered in the courtyard of the 4th Presbyterian Church on Tuesday night to sing, pray, and get equipped for action to keep families together by defunding ICE, restoring Temporary Protected Status, and supporting individual detention and deportation cases. As the sky grew darker, ArtWorks projected images on the side of the church building of an immigrant family that was separated in Detroit. We lifted up the more local case of a young woman, whose mother and brothers are seeking asylum and are sponsored by Lake Street Church in Evanston, while she remains detained in Texas and threatened with deportation.

Chris Inserra and singers she gathered led us in energetic group singing, Rev. Vicky Curtiss (4th Presbyterian Church) led us in prayer, Rev. Marilyn Pagan-Banks read inspirational poetry that reminded us of our power. Many leaders of faith communities and organizations –Rabbi Brant Rosen (Congregation Tzedek), Rev. Sara Wohlleb (Interfaith Community for Detained Immigrants), Amy Shannon (Alianza Americas), Claudia Lucero (CRLN), Julian Lazalde (National Immigrant Justice Center) spoke eloquently about the cruelties of our immigration enforcement system and the way we mistreat asylum seekers, the need to cut ICE’s budget and to stop the expansion of private for-profit prisons, the need to prevent another round of family separations by finding a way for people whose Temporary Protected Status was revoked to stay in the U.S.

Here are some photos from the event: 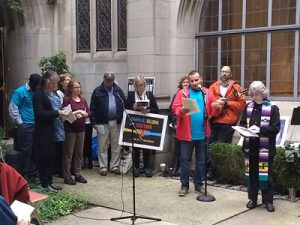 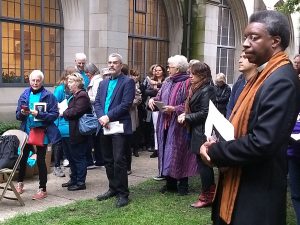 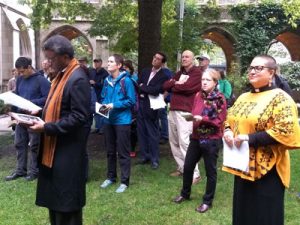 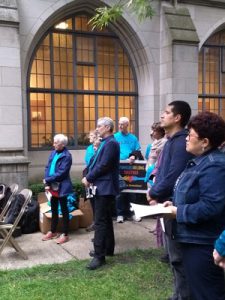 45 bikers rode the Lakefront Bike Path on Sunday, September 30, and collectively raised over $20,000 in pledges! The proceeds will be divided among a number of projects: scholarships for students in Guatemala and El Salvador, trainings for health promoters in Colombia, legal aid and training for campesinos in Honduras fighting for land rights, and community organizing funds for tenants rights in Chicago. Co-sponsors Autonomous Tenants Union, Chicago-Cinquera Sister Cities, Chicago-Guatemala Partnership, Concern America, and La Voz de los de Abajo organized teams of bike riders, along with CRLN, to seek funding for these projects.

Thanks to all who biked, pledged to bikers, designed the t-shirts, volunteered at the event, or brought food for the fiesta!

Here are some photos of from the event: 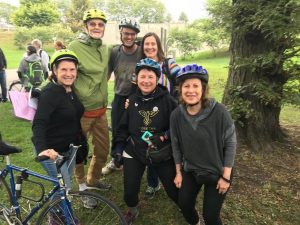 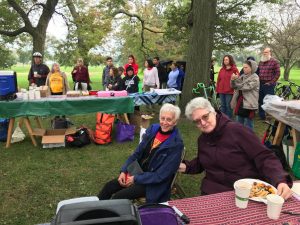 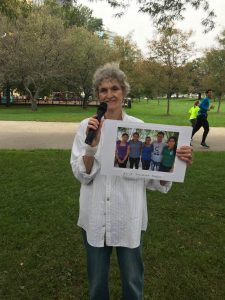 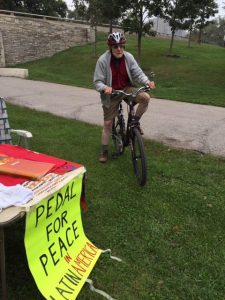