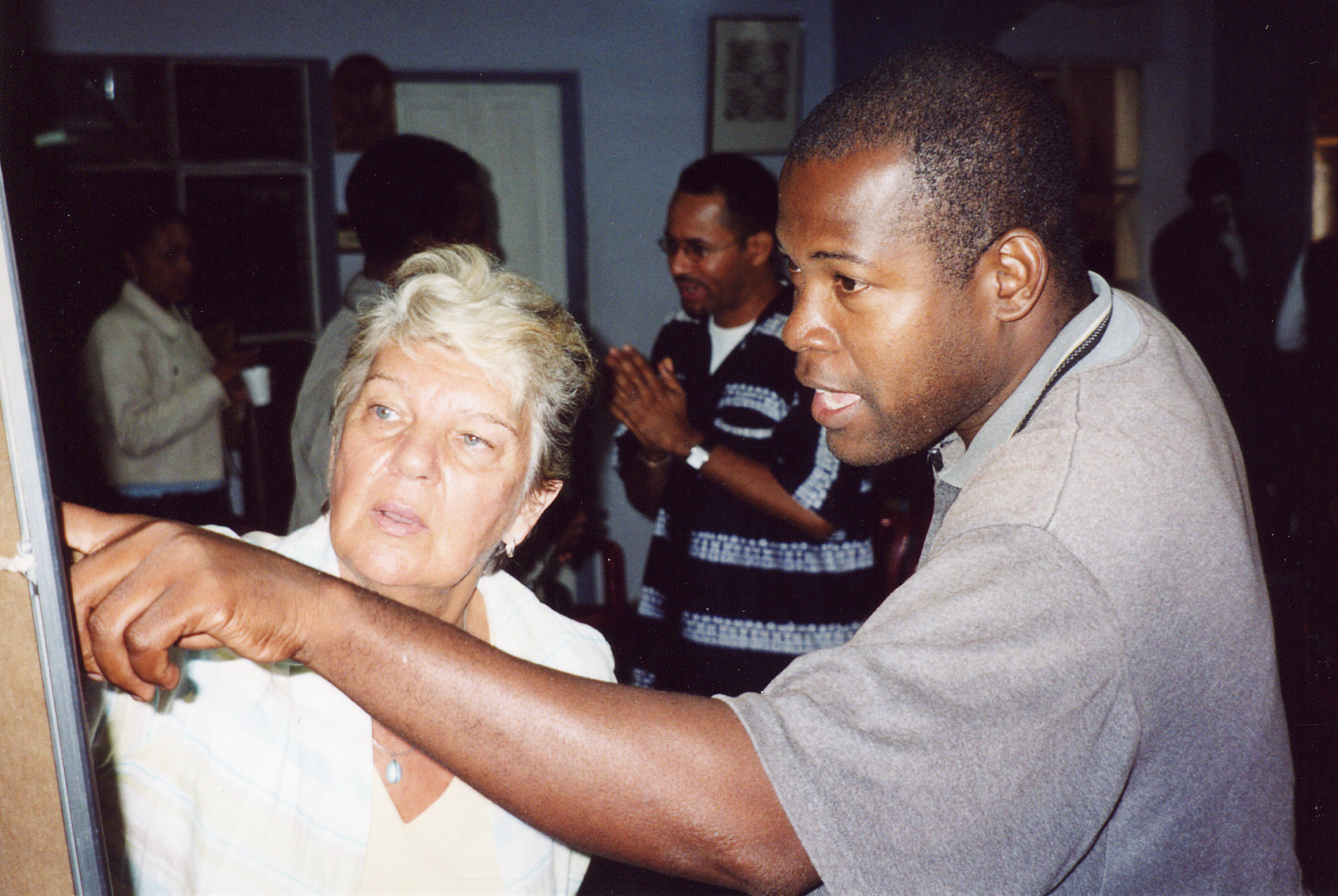 2019: After almost 3 years in detention in Texas, Salvadoran asylum seeker Yesica Jovel is finally released from prison to join the rest of her family. CRLN and Immigrant Welcoming Congregation Lake Street Church held vigils, rallied in Federal Plaza and secured the support of members of Congress, circulated petitions, got news coverage, and found a pro bono lawyer. These combined efforts finally led to her release.

2018: In response to Honduran military violence used against participants in massive street protests following vote counting fraud in the November 2017 presidential election, CRLN sent 4 members on an Emergency Faith Delegation to Honduras to accompany those continuing the protests. While 30 people were killed in post-electoral violence, no one was harmed in protests accompanied by the delegation.

2016:  In response to the announcement by the Department of Homeland Security that they would target undocumented Central American families, who had fled life-threatening violence in their home countries, with mass, nationally coordinated immigration home raids, CRLN sends a faith leader letter with 100 signatures to the Regional ICE Director condemning raids as an immoral and inhumane tactic. While they happened in other places, no large scale raids happen in Illinois.

2015:  CRLN initiates the Cozette Human Rights Action Fund to honor founding director, Gary Cozette. The fund will support urgent or emergency requests, for which the operating budget does not provide.

2014: CRLN turns out 200 people in front of Rep. Quigley’s office to protest his support for the proposed Trans-Pacific Partnership free trade agreement, educates CRLN membership about the likely negative consequences of portions of the agreement, and engages in a successful campaign to keep it from coming to a vote.

2013:  CRLN coordinates with the Network in Solidarity with the People of Guatemala to find Chicago speaking engagements for Anselmo Roldán Aguilar of the Association for Justice and Reconciliation. He speaks about the historic genocide trial that brought former dictator Ríos Montt to trial for genocide.

2012: CRLN initiates the Heidkamp Travel Scholarship Fund to honor long-time Board member, Dick Heidkamp. The fund will provide partial scholarships for people to travel with CRLN on delegations.

2011: In response to the 2009 coup d’etat in Honduras, CRLN compiles a list of post-coup assassinations in order to publicize the gravity of the human rights abuses happening in that country and invites Miriam Miranda, Director of the Garifuna rights group OFRANEH, to speak at the Annual Luncheon. Attendees signed a petition to the Special Prosecutor for Human Rights calling for an end to state sponsored violence against campesino communities seeking land rights.

2010: CRLN’s Congregations in Solidarity with Latin America introduce a resolution at the national Presbyterian Church(USA)’s General Assembly seeking an end to U.S. military use of seven Colombian bases initiated in 2009. The resolution directed the Stated Clerk to petition the Obama Administration to instead support a negotiated peace in Colombia.

2009: CRLN gathers 34 people to attend Ecumenical Advocacy Days in DC. In 16 meetings with policymakers in the House, Senate and State Department, CRLN members called for immigration reform, ending the travel ban to Cuba, and the support of Internally Displaced Persons in Colombia. CRLN merges with long-time allies, Chicago Metropolitan Sanctuary Alliance, under the CRLN name and takes on CMSA’s immigrant justice work.

2008:  CRLN arranges for a 2-year sanctuary stay in the U.S. for Milton Mejia, General Secretary of the Presbyterian Church of Colombia, his wife, and 2 sons. He had been receiving death threats for his human rights work. Gary Cozette receives Presbyterian Peacemaker award.

2006:  CRLN and the Chicago Presbytery inaugurate a Covenant Partnership to create 10 Presbyterian “Congregations in Solidarity with Latin America” with a delegation of 11 Presbyterians to Colombia for the 150th anniversary of the Presbyterian Church in Colombia.

2005: The World Council of Churches (WCC) gives CRLN its “Blessed are the Peacemakers Award” for “inspiring, courageous and faithful efforts to build a just and peaceful world” as part of the WCC 2001-2010 Decade to Overcome Violence.  CRLN was nominated for this award by Rev. David Anderson, Executive Director of the Illinois Conference of Churches.

2003:  As a result of several visits by key Afro-Colombian leaders to Chicago organized by CRLN, 8 African-American leaders from Chicago join the historic 25-member Witness for Peace July delegation to Afro-Colombian communities under siege in Colombia.

2002:  CRLN organizes a 40-member delegation from Illinois for the National Colombia Mobilization in Washington DC that fans out to meet with key policy staffers of all 20 U.S. Representatives and both Senators from Illinois to urge an end to U.S. military aid and poisonous chemical fumigation in Colombia.

2001:  After a powerful 7.6RS earthquake in El Salvador displaces 20% of the population, CRLN raised over $21,000 in emergency and reconstruction aid, channeled to 4 highly-effective grassroots organizations working on the ground.

2000:  Illinois Conference of Churches (ICC) director, Rev. David Anderson, and four ICC board members are among the 16-member delegation to Cuba organized by CRLN with ICC to examine the impact of the U.S. trade embargo against Cuba, and then report back to U.S. policymakers.

1999:  Nine Democrats and six Republicans from Illinois vote with a first-ever House majority to defund the U.S. Army School of the Americas after years of calls, letters, and visits by CRLN members to their U.S. Representatives.

1997:  U.S. Senator Richard Durbin of Illinois introduces first-ever Senate legislation to close the U.S. Army’s notorious School of the Americas after talking with 11 denominational leaders in a meeting organized by CRLN.

1996:  CRLN organizes over 200 signers to place a full-page ad in the Christian Science Monitor calling for declassification of all U.S. documents on human rights abuses in Guatemala since 1954, including the torture of Ursuline Sister Dianna Ortiz, three months after a 12-member CRLN delegation met in Washington with President Clinton’s Intelligence Oversight Board investigating CIA misdeeds in Guatemala.

1995:  A CRLN luncheon head table letter to GAP regarding sweatshop abuses in El Salvador resulted in a Chicago meeting between 11 CRLN leaders and high level GAP executives, who two days later went on to sign an accord accepting independent monitoring in El Salvador.

1994:  CRLN organizes 35 accredited election observers, one of which is now the foreign policy aide to a member of Congress from Illinois, to join in the 500-member U.S. Citizen Election Observer Mission for comprehensive elections in El Salvador mandated by the UN mediated peace accords.

1993:  After meeting with CRLN luncheon speaker Nicaraguan Baptist pastor Gustavo Parajón, the Chicago Tribune published an editorial calling for the release of $50 million of withheld development aid to Nicaragua; the editorial was then circulated to all members of Congress by U.S. Rep. Luis Gutierrez of Illinois.

1992:  After listening to CRLN luncheon speaker Rev. Charles Bierne, a Jesuit priest who had replaced Rev. Ignacio Martín Baró, one of the six Jesuit priests slain in El Salvador, U.S. Senator Alan Dixon of Illinois commits for the first time to oppose all further military aid to El Salvador.

1989:  Only days after the murder of six Jesuit priests by the military in El Salvador, CRLN holds its first luncheon with Salvadoran Lutheran Bishop Medardo Gomez, U.S. Senator Paul Simon of Illinois, and 300 religious leaders calling for an end to U.S. military aid to El Salvador and a negotiated peace to the war.