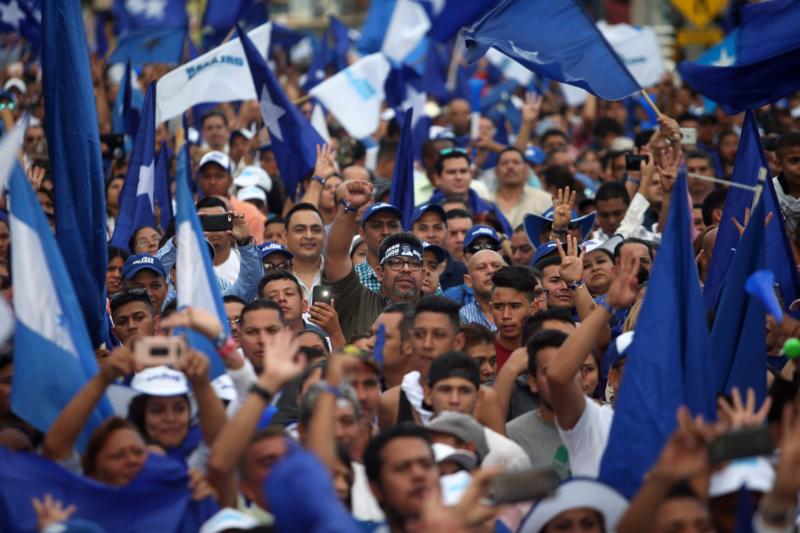 On Sunday, the Organization of American States (OAS) reaffirmed its stance that there could be no certainty about election results in Honduras, because of the extent of the “irregularities” in the vote-counting process and failure to reach standards of democracy, and it called for new elections to be held. On the same day, the Supreme Electoral Tribunal (TSE) declared Juan Orlando Hernandez the winner. On Monday, the vice-president of Honduras declared that no new elections would be held.

Some excellent articles are getting into the press, which is finally questioning what role the U.S. plays in Honduras and why the State Department has been largely quiet in the midst of the corruption of a basic democratic electoral process and state-sponsored violence against unarmed protesters in the streets:

Council on Hemispheric Affairs article by Patricio Zamorano:
“The Silent Cry of Honduras”

CRLN hosted Padre Ismael “Melo” Moreno, who heads a Jesuit-run radio station in Honduras, as its Annual Luncheon Speaker after the 2009 coup in Honduras. There are very few opposition media outlets in Honduras, but Radio Progreso is one of them.Last weekend, their radio tower that transmits to the entire southern half of Honduras was sabotaged, and they can no longer broadcast in this area that includes Tegucigalpa, the capital city. Recently, they have experienced interruptions to their signal in the town of Progreso. UNE-TV, another station that was reporting on violence by the security forces, had their fiber optic cable destroyed. Like during the coup, it now appears that there are forces trying to shut down any critical voices in the media. During this Christmas season, if you would like to contribute to a fund to raise Radio Progreso’s tower, as well as to fund emergency medical, housing, transportation, and legal aid for people protesting the fraudulent elections, click here.

Pingback: can you eat fruit on keto diet

Pingback: what is priligy used to treat

Pingback: side effects for ivermectin

Pingback: stromectol over the counter for sale

Pingback: buy viagra over the counter