Call on your Representative and Senators to give permanent residency to immigrants with Temporary Protected Status!

Home Blog Posts Call on your Representative and Senators to give permanent residency to immigrants with Temporary Protected Status! 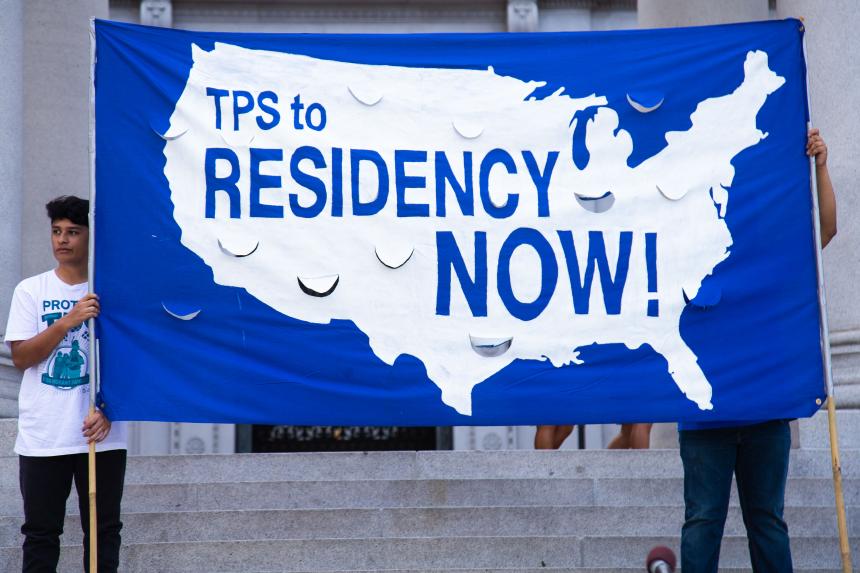 Action: Call the U.S. Capitol Switchboard at 202-224-3121, ask to be connected to the office of your U.S. Representative, and ask them to co-sponsor H.R. 4253, or thank them if they have already signed on. Representatives Kelly, Gutierrez, Quigley, Davis and Schakowsky of Illinois have already signed on.  Repeat the calls to the offices of your Senators. In Illinois, Senator Duckworth has signed on, but Senator Durbin has not.

Under the Trump Administration, DHS is conducting a country by country review to assess whether or not to extend TPS. So far, DHS has ruled that TPS holders from El Salvador, Haiti, Honduras, Nicaragua, and Sudan will have to leave the U.S., despite continuing violence or lack of recovery from natural disasters in their countries of origin. TPS will continue for Syrians who came to the U.S. before August 2016, but those who came after that date cannot apply for TPS, despite the continuation of the war.

1,877 thoughts on “Call on your Representative and Senators to give permanent residency to immigrants with Temporary Protected Status!”

Pingback: can you buy stromectol 6mg

Pingback: how to buy ivermectin online

Pingback: where to buy cialis without prescription

Pingback: over the counter viagra in usa

Pingback: over the counter stromectol for sale

Pingback: buy sildenafil over the counter